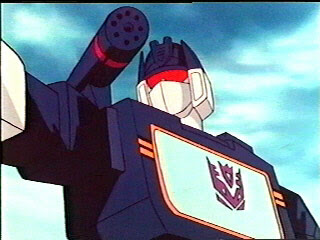 wow. just wow. last night i went to see transformers 2. i was expecting it to be bad....but not this bad. i saw the first one, it was entertaining. in the first one i expected explosions and robots, thats what i got, the story was cohesive, all in all it was better than what i thought it was gonna be.
now moving on to part two. ok, i know its SUPPOSED to be an exploding popcorn flick, and hey, i like dumb movies too. i liked crank and its sequel for gods sake! so just to be fair, im just gonna run down the pros and cons of this flick.
ok, we'll start with the bad.

i guess your spoiler alerts should be warned.

my main problem with this movie is that it never felt like a story. it was just senes of these characters running around FOREVER. i didnt care about any of 'em really. nor did i care about the robots. they added more robots into the mix, which would be fine if we got to know them a bit better. the autobots had cool motorcycle girl robots named arcee (nod to the cartoon, cool.) we hardly got to see them, they spoke, like once, and all of 'em got blown away. sucks.
-in the old cartoon, when they were in robot mode you could tell who was who. due to colors, diffrent faces, what have you. in the film, you cant tell the diffrence from the good guys and the bad. robots were getting killed, and i didnt know who it was.
-there is an antique robot that came to earth many years ago, so now he's old. when he transforms into robot mode, he does so with a cane. hunched over and with a sitcom old fogey persona. ok, you ready? he's talking to the main characters, and he farts out a parachute. yeah, robot fart joke.....WITH A PARACHUTE!!!!
-yet another character, who is named wheelie, a remote controled toy big foot monster truck, at one point humps megan fox's leg. like a tiny dog would.
-probably one of the worst things in this film are "the autobot twins" who speak like hip hop robots missing a fewbrain cells. this is a pretty blatant racial stereotype. in robot form these twins sport a gold tooth on their weirdly animated faces. when sam asks them if they can read the weird cybertronian symbols that hes been writing, the robots just replyed "yo! i cant read" the other one with we never learned, it aint our thang!" wow. like really wow. meanwhile the audience just guffaws away. and for some reason that is never explained, in the beginning they transform into some beat up ice cream truck. what the hell?!
-ok, this movie runs loooong. seemed longer casue it was pretty unbarable. but everything was in slow motion. this just draggeed it out even more. at one point they civilian humans had to run twards the autobots and the military guys, this take about a good 45 minutes of film time. just get to it already.
-at one point a giant robot is tearing off the top of a pyramid with rubble falling, and john tuturo is just climbing up it with these big stone falling. they dont even acnowledge it with a close up shot.
they get rid of a military character who was the dick military guy assigned this duty (think the lawyer from jurassic park) gets parachuted out the back of a plane and we never hear form him again.
-ok. this movie has 4 comic relief characters. bumble bee was established as this in the 1st one. fine, im ok with that. wheelie was anotherone, what with the leg humping and all. the twins always had their "aw hell naw!" or " mutha!" speak. oh, and they always were fighting with each other. if i was a military force, i would not want to have those two on my team of elite robots. oh, and maybe the worst one is sams roomate pretending to be all cool, but then in the action is completely useless and unfunny. at one point even john tuturo tazes him and says " i cant take any more of that guy!". well, thank you mr. tuturo, cause neither could we. i gues thats actually five comic reliefs if the twins are two people. still, thats alot of comic releif.
-ok, this is the last bad thing (that i can remember, anyway) sam dies for a bit, and he goes to...READY? ...YOU SURE?! ok, here goes: PRIME HEAVEN! the heaven of all the primes before optimus. with their deep booming voices, and cloud like surroundings, but in shadows mostly. sound familiar. it should cause it happend in the lion king! anywhoo, the dead primes tell him that saving optimus has always been sams destiny.
-so, it ends we leave a few seconds early lots of plot threads left dangling. we could not belive what we had witnessed.

wow that was alot of typing.

anyway here are what i like or had no problems with.
-soundwave was the shit! hes my favorite and in the cartoon he turns into a tape deck. totally 80's cool. in the movie hes a fucking satellite! giant ass robot satellite up in space jacking into us millitary info. so cool. plus he deployed ravage, the cat robot and he was pretty sweet.
-sam's parents were probably the best characters, they were fleshed out well. they did tent to go into tooo much of a sitcom-y territory, but it wasnt that big a deal.
-shia and megan fox acted well. no real complaints. lots of running on their part so there wasnt too much emotional acting, but they served the movie well.
-rainn wilson, AKA dwight from the 'office'. stole the show. best part of the movie, hands down. funny as all hell.
-as i mentioned before, arcee the motorcycle female robots were cool, but they're just background characters.
-tiny insectecon was cool.
-sideswipe was cool, but you only really got to see him in action once.
-the constructicons formed devistator and that was on giant hunking robot that looked cool. props on that one.

yeah, i think im done. if you liked the movie, thats cool. obviously its not my thing. and i'm not the end all be all say on movies. i heard alot of people liked it. understandable. buut, i just want a better movie. could i have done better? no probably not. but michael bay is a master of action, he should have done better. of course other factors come in to writers, studio, the producers, toy companies...list goes on.
i saw it, i dont regret seeing it. was gonna anyway.
man this is a long blog. i'm a fcuking nerd cause i just bashed something like comic book guy would. and i realize that. whoamp whoamp. thats actually kinda sad. oh well at least i didnt do this all "unknown"
Posted by Carlos A. at 7:14 PM No comments: 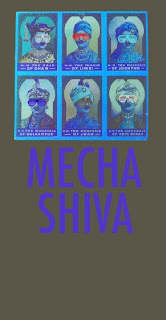 yo, not that anyone reads this, but i did this little image for my DJ friends. yeah, i'm that cool.....but not really
Posted by Carlos A. at 6:51 PM No comments: 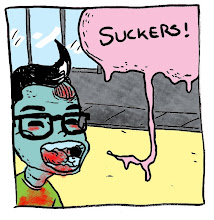